Book 2 in the Matt Dowling series

Matt Dowling is asked by his ex-wife Hilary, if he can help locate the wife and daughter of a friend who 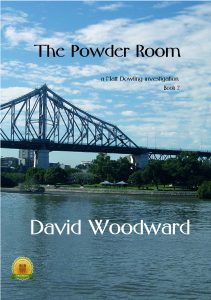 have gone ‘off radar’ shortly after arriving in Australia. All attempts to contact the pair have been unsuccessful. This uncharacteristic silence has severely worried Hilary’s friend who would have gone to Australia to search for them himself were he not suffering from a badly broken leg sustained whilst holidaying in the Lake District.

Already planning a holiday break, Matt and his partner Luisa di Luca, decide to amend their destination and follow the trail to Brisbane. Their enquiries have them following a trail that takes them to the outback, the Blackall Mountains, Hervey Bay and Noosa on the Sunshine Coast, before leading them back to Brisbane where events take a worrying turn, causing Matt to call in the Queensland Police.

Something that has been heard on a voice mail takes the investigation down a whole new and sinister path, made worse when an old friend of Matt’s turns up on his hotel doorstep, advising Matt that he is collaborating with the Queensland Police in investigating the alarming increase in under-age prostitution. Could this have been the fate of Ginny, the missing daughter?

In his efforts to find Ginny, Matt finds himself drawn further into the Police investigation and stumbles upon a situation far worse than he and his friend had imagined. As the circumstances unfold, the events become far too close for comfort, and Matt finds his life threatened.

​The second book in the Matt Dowling series.

The Powder Room now available on Amazon. Click below to order.